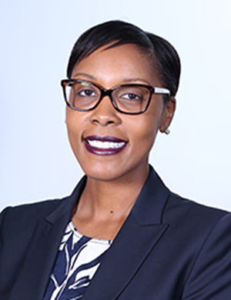 Jamila K. Taylor has assumed a position as Director of Health Care Reform and Senior Fellow at The Century Foundation (TCF).  In her role Dr. Jamila Taylor will lead TCF’s efforts to build on the Affordable Care Act and help develop the next generation of health reform to achieve high-quality, affordable, and universal coverage in America. She will also greatly expand TCF’s work in the realm of women’s health and reproductive justice, focusing on the structural barriers to access to health care, racial and gender disparities in health outcomes, and the intersections between health care and economic justice issues.

Prior to this role, she led the Center for American Progress‘  women’s health and rights team, and was a senior policy advisor at Ipas—a global NGO dedicated to ending preventable deaths and disabilities from unsafe abortion. Throughout her 20+ year career, she has championed the health and rights of women both in the U.S. and around the world, promoting policies that ensure access to reproductive and maternal health care, including building support for insurance coverage of abortion. Taylor has 20 years of public policy and advocacy experience, beginning her career as a congressional staff member in the office of Rep. Robert C. Scott (D-VA) in the late 1990s. While working on Capitol Hill, she was responsible for health and education issues—with very strong interests in the health and human rights of disenfranchised groups, specifically reproductive justice for women of color. Taylor has published and presented on a number of topics related to reproductive health and rights and public policy. Her work has been seen in The Hill, Real Clear Policy, Real Clear Health, The Nation, U.S. News and World Report, Rewire, BillMoyers.com, Yale Journal of International Affairs, Georgetown Journal of International Affairs, as well as a host of other publications. She has provided commentary on current women’s health policy issues on NPR, Morning Consult, Women@Work—Powered by the Wharton School, “The Leslie Marshall Show,” and other media programs.  Taylor holds a bachelor of arts in political science from Hampton University and a master’s degree in public administration from Virginia Commonwealth University. In 2010, she received a Ph.D. in political science from Howard University.

Do you serve female clients or patients?
Does your organization offer information, resources, and/or referrals for health and social services?
Are you interested in professional development for your staff or colleagues?
Are you interested in capacity building support to assist your organization in addressing unintended pregnancy and referrals for abortion care?
Does your organization provide care in any of the following areas - HIV, Domestic Violence/Sexual Assault, Primary Care, Family Planning, or Substance Abuse?
Contact Quiz
{{title}}
{{image}}
{{content}}