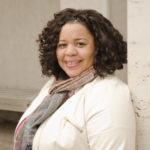 This post was originally published on Role Reboot in May 2017.

At 17 years old I found myself flipping through the Yellow Pages for answers. I needed a pregnancy test and had no idea where I could go for help that would be free and confidential. I stumbled upon a flowery ad for a place that promised “non-judgmental help and support.” I arrived for my appointment frightened and naïve—I had wandered into a crisis pregnancy center.

Weighed down by the possibility of being pregnant, I was relieved when I was greeted by a pleasant woman—about my mother’s age—who welcomed me with kind eyes and warm hands. After my test, we sat in a sun-filled room and she informed me that my results would be available shortly. We spent a few minutes chatting about my life, my boyfriend, and my hopes for the future. Her warmth put me somewhat at ease, even with the uncertainty of that pregnancy test looming over me. And then she pulled out a large binder, and placed it in front of me. Her warmth immediately turned cold as she twisted our earlier conversation into condemnation–reminding me of my failings, chiding me for my poor decisions, and blaming me for ending up in this position. To avoid her eyes, I opened her mysterious book,, only to be met with images of what she called “murdered babies,” a horror show of images meant to scare me, sober me, and humiliate me. My pregnancy test was negative, but I left that clinic carrying a new type of shame.

My teenage visit to that crisis pregnancy center marks the first time I felt that my decision-making abilities were flawed. It was my introduction to a system of purported healthcare that was not about my well-being, but more about insisting that in my desire to make choices, I would become a detriment to my own health and a threat to others. This visit marks the moment I first believed that I would likely “fail” to make the right choices about my body. Like many women, I came to doubt my ability to make decisions related to my own needs.

In less than 100 days as President, Trump has paved the way for a healthcare culture that reinforces a woman’s inability to make basic choices about her own body. In January, Trump signed an executive order banning federal funding to international groups that dare to provide information on abortion as an option. Another executive order signed in April would defund healthcare providers like Planned Parenthood, likely forcing many women to sites like the center that I wandered into as a teen. This administration further demeaned women during its failed attempt to repeal and replace the Affordable Care Act—infamously convening all-male meetings to make decisions on women’s health.

This culture of paternalistic control of women’s bodies reinforces the notion that women are incapable of making our own decisions, both in times of crisis, and when we are seeking basic healthcare. This attack on abortion care is more than a moral stand, but also a reinforcement of the notion that women cannot handle the complexities of our own bodies, and that our lack of prowess will destroy future generations. The underlying message is that we need to be controlled and our bodies regulated for our own protection, and the protection of those around us.

All around us, as barriers to abortion rise, three weapons—ignorance, silence, and shame—have been brought to bear to deny us choices over our own health, and to raise our own self-doubt about our abilities to make good choices. As we approach Trump’s next 100 days in office, we need to name these three weapons, be vigilant against their use, and develop defenses against them.

Ignorance rears its head when women are unable to obtain basic information to make informed decisions to meet our healthcare needs. Ignorance prevents us from having the knowledge and power to fully embrace the agency we have over our bodies. We fight this by being informed consumers. The American Congress of Obstetricians and Gynecologists has extensive patient resources available for women seeking reproductive healthcare. Organizations like URGE promote autonomy and positive sexuality through free resources, trainings, and more.

Shame is perpetuated when healthcare needs become punitive, typically hitting hardest those with the least access to resources. When health conditions are criminalized, women are isolated and discouraged from seeking support and care. We end this by supporting the work of organizations like Positive Women’s Network USA, an entity founded and led by women living with HIV with a mission to prepare and involve all women living with HIV in all levels of policy and decision-making (including the fight to end the criminalization of HIV).

Silence is the natural byproduct of being made to feel small and ill-equipped to meet our own needs. We fight this by joining forces with organizations that unapologetically speak up for women, we speak up for ourselves, and for one another. We speak with our vote, we speak with our resistance, and we speak with our actions. Find an organization in your community where you can volunteer to help other women, support a candidate in a local election who will represent your values, and affirm the power in the voices of the women around you. Check out the work of organizations like She Should Run with its mission to create a culture that inspires women and girls to aspire toward public leadership and Women Engaged, a Georgia-based social justice non-profit committed to advancing the civic leadership of women and young people of color living in the United States and global south interested in health equity, racial, and reproductive justice.

The more we become aware of how this unholy trinity of ignorance, silence, and shame is deployed against women, the better we can defend ourselves and our inherent ability to make the best decisions for our bodies and well-being. They harmonize to create a low hum of self-doubt that impacts how and when a woman will seek support and care. The fight for choice is a battle for her autonomy—her worthiness to do what’s best for her in the most difficult of circumstances. The United States needs policies that respect and support women, recognize us fully as people capable of wise and difficult decisions, and offer compassion, support, and respect for all people.

Back to Blog Home

Do you serve clients or patients of reproductive age?
Does your organization offer information, resources, and/or referrals for health and social services?
Are you interested in professional development for your staff or colleagues?
Are you interested in capacity building support to assist your organization in addressing unintended pregnancy and referrals for abortion care?
Does your organization provide care in any of the following areas - HIV, Domestic Violence/Sexual Assault, Primary Care, Family Planning, or Substance Abuse?
Contact Quiz
{{title}}
{{image}}
{{content}}